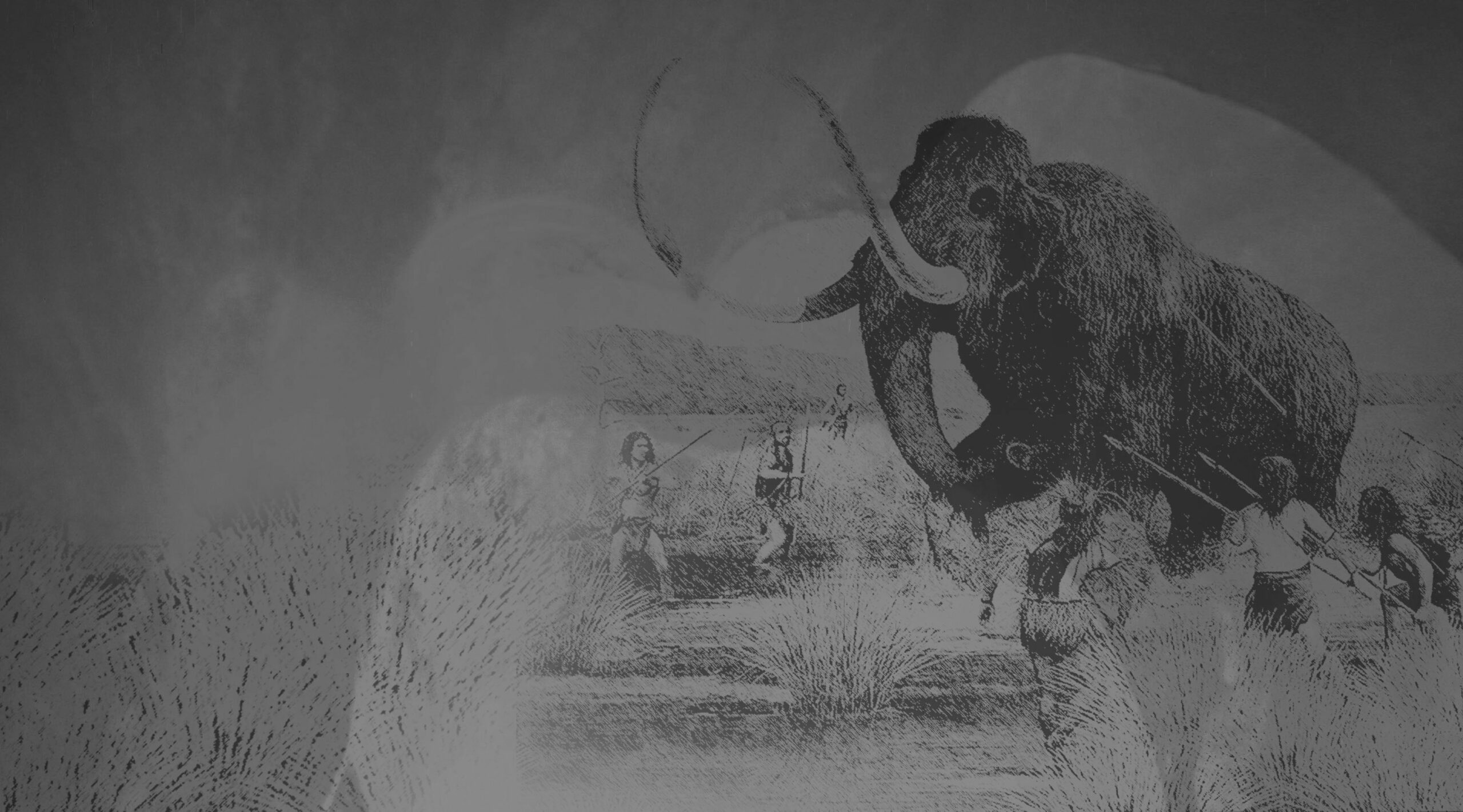 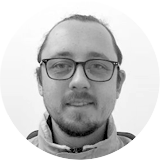 He and his colleagues—who have published extensively on the subject—argue that as humans spread around the globe, they overhunted many of the earth’s megafauna to extinction. This is not an uncommon stance. Many researchers consider the apparent coincidence between megafauna extinctions and human arrival in places like Europe, Australia, and the Americas to be compelling evidence that people were primarily responsible for the extinction of megafauna. It’s an undoubtedly attractive and simple mechanism for explaining the loss of many of the Earth’s megafauna. However, not everybody sees it this way. Many scholars have argued instead for a climate cause for these extinctions, and others still for some combination of climate change and human overhunting—a sort of one-two punch.

These debates have raged since the 1960s and show no sign of resolve. This is perhaps unsurprising given the overall paucity of late Quaternary fossil, archaeological, and palaeoclimate data, which has made testing these hypotheses difficult. Even seemingly simple questions, such as when did a particular taxon go extinct, are often difficult to answer. In the case of North America, the situation is made worse by the fact that human arrival coincided with the significant environmental changes of the terminal Pleistocene.

In our recent article published in Nature Communications, we compared megafauna, archaeological, and climate records to test whether human population levels, climate change, or both best explained the extinction of North America’s megafauna. Our findings were clear and consistent. We found no correlation between human and megafauna population size, and, therefore, no support for the idea that North American megafauna were expeditiously hunted to extinction by rapidly expanding human populations following their arrival to the continent. That is not to say that humans played no role whatsoever (a point we stress in our article). They may have been involved in more complex and indirect ways than simple models of overkill predict. And as a matter of fact, a number of hypotheses have been put forth that implicate humans but that do not invoke widespread overhunting by expanding human populations. For example, humans could have fragmented megafauna populations into smaller non-viable sub-populations, or triggered ecological cascades through the targeting of keystone species. But much like the more general overkill and climate change hypotheses, these ideas are difficult to test with the currently available data.

Therefore, if we are to fully understand the nature of these extinctions, we need to build more reliable records and robust methods for interpreting them. Not only will this help in understanding the past, but should help to inform us on the current biodiversity crisis we face, as well as guide conservation efforts into the future. This will be, however, no easy task. The late Quaternary extinctions were time-transgressive and spatially-biased, and occurred against a backdrop of changing climates. That is to say they were complex, and that simple overkill and climate changes models are not likely to sufficiently explain these extinctions. In reality, the cause(s) of these extinctions are likely to have been multifaceted and variable depending on the time, region, and taxa in question. I believe—and I am certainly not alone in this—that the first step in solving this age-old mystery will be greater communication between ecologists, archaeologists, palaeontologist, and climate scientists.

I’m grateful to Dr. Stewart for his response to my lecture in the “Past, Present and Future of the Human Niche” series. I’d also like to congratulate him and his co-authors on their paper in “Nature Communications” – it’s a very cool methodology! 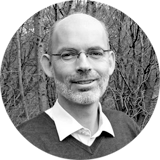 I’d love to see it expanded to a larger time frame and geographic scale – ideally on a global scale covering the whole Late Pleistocene+Holocene period. I’d be more than happy to collaborate on such an effort.

But I would want to make a number of points in response to Dr. Stewart. I’m glad to see that citing humans as the cause of megafauna extinctions in the period is seen as “undoubtedly attractive and simple”. I would argue, though, that the simplicity comes not from a reductive reading of the evidence, but because a broad consideration of the evidence supports such a simple, unified explanation.

First of all, the late-Quaternary megafauna extinctions are a global phenomenon with a unique signature for the whole Cenozoic. They have left fauna in most of the world so down-sized that you have to go back to the Paleogene to find something similar. This demands a unified explanation rather than special explanations for different regions and species.

That’s also partly why I can’t support a “compromise” solution, suggesting a mixture of climate-change and human over-hunting as the cause of these extinctions. It’s a “sociologically” attractive idea – not least in consensus-seeking Denmark! – but the global data definitely do not support such an interaction at all – and in many cases neither do detailed data for single species and localities. For example, selective megafauna extinctions were uniformly high in continental areas where Homo sapiens were the first humans, always happening at or after arrival of Homo sapiens, regardless of whether or not these areas have been relatively climatically stable through the glacial-interglacial oscillations. Further, globally the timing of the extinctions are not aligned to particular climate events or especially high levels of climate change.

I agree that it is difficult to disentangle climate change from human activity, especially in North America – although the detailed studies of Sporormiella records nicely disentangles the megafauna declines from the Younger Dryas event. But I am sceptical regarding Dr. Stewart’s statement that the evidence shows “no correlation between human and megafauna population size, and, therefore, no support for the idea that North American megafauna were expeditiously hunted to extinction by rapidly expanding human populations”. First of all, the narrow late-glacial time frame is important here and a broader time-frame would likely change the results. Furthermore, I note that the climate relation found is a positive effect of temperature on megafauna population size. To me this is the logical outcome of most of the megafauna species being relatively warmth-adapted and responding positively to the shift towards interglacial conditions – just as you would see for example in “megaplants” (trees). So, that relation hardly helps explain their loss. On the absence of any correlation between human population size and megafauna population size, I’m not sure I would expect any in this quite narrow time frame: Super-sensitive species may have disappeared immediately upon human colonization, while more tolerant (or less hunted) species may have survived for centuries and millennia and in some cases even benefitted from the loss of competitors. The key expectation we do have is that extinctions happen after human colonization (with proper account of uncertainties in the dating of arrivals and megafauna population levels).

I agree with Dr. Stewart, however, that human-driven extinctions need not all or most be caused by simple overkill. But going further, Dr. Stewart says “that simple overkill and climate changes models are not likely to sufficiently explain these extinctions”. My response to this is “well – yes and no”. Let me explain:

No – with respect to whether each cause is the ultimate driver of these losses. The extremely size-selective loss of megafauna (i.e., with only limited losses of smaller vertebrates, invertebrates, and plants) in the late-Quaternary is unique to the whole Cenozoic and global in scope. As such it’s really a single global-scale geologic event and demands a single ultimate causation (simple or complex), similar to the previous Big 5 mass extinctions. With regard to climate, a key point here is that there have been many cases of massive climate change earlier in the Quaternary and in the Cenozoic, sometimes leading to severe extinction – but these never showed this similarly strong selectivity against large-bodied vertebrates. And climatically, really there’s nothing qualitatively unique to the last glacial-interglacial cycle relative to the prior ones – and if there had been, the expectation would have been to see lots of extinctions also in plants and smaller animals, like the many previous times of strong novel climate changes, e.g., at the onset of the Northern Hemisphere glaciations.

But also yes – with respect to the detailed dynamics that led to these losses. I fully agree they can be complex, from direct overkill by hunting immediately or at any later point reflecting socio-cultural development as well as indirect effects from habitat fragmentation, trophic simplification etc. And also shaped by the particular ecologies and geographies of the megafauna species themselves.

But let me end by saying it’s a pleasure to engage in this kind of dialogue regarding our shared pursuit of the truth in this fascinating topic. And I agree with Dr. Stewart: I hope this is the beginning, not the end, of greater communication between ecologists, archaeologists, palaeontologist, and climate scientists.